by Leadership&Co | BUSINESS LEADERS (ALL) 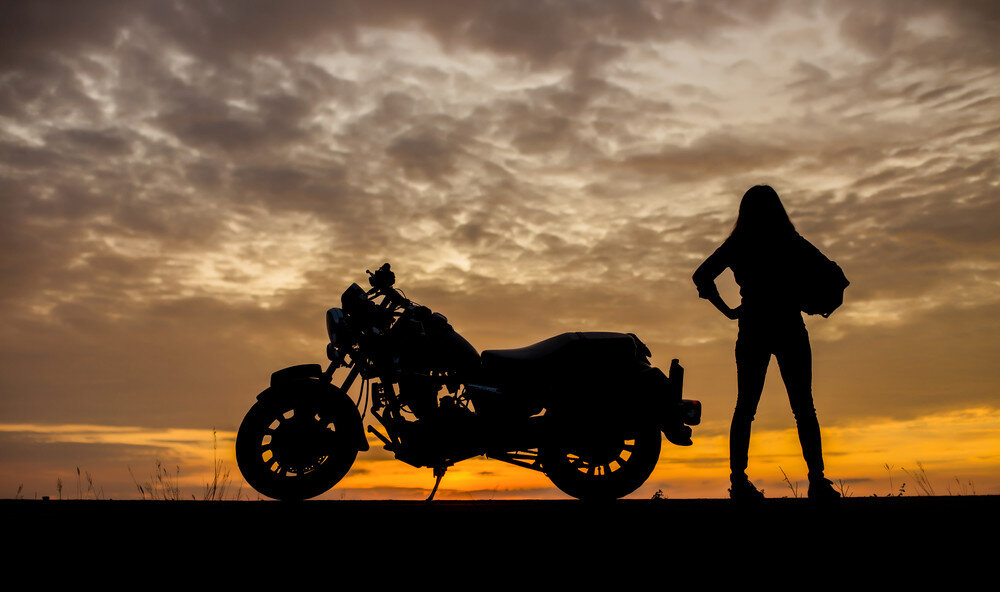 I’ve been taking motorcycle riding lessons for the past several months. It’s been hard and humbling. I am not athletic or especially coordinated, and on a motorcycle, each of your extremities controls something different. My brain has had to extensively rewire itself, and the process has been slow.

At my most recent lesson, my instructor told me that he views part of his role as making sure I don’t create any bad habits. On a motorcycle, bad habits can kill you, and it’s easier to change new behavior than it is to unlearn a bad habit and replace it with a good one. This made me think of this article about a college course for first time managers. I’m lucky to have a great instructor focused on habits and helping me rewire my brain. In the corporate world, we don’t always get the support we need to do this and become great managers who grow into leaders. And when I think about the executive leadership workshops that my colleagues at Leadership & Co and I have facilitated over the years, I’m convinced that the bad habits of experienced managers get their start as new manager bad habits.

Here are three, new manager bad habits that persist as a manager rises through an organization.

1. Micromanaging: We’ve all had a manager who micromanages us. They are hyper-focused on HOW we’re getting our work done and feel the way we’re doing it is incorrect or ineffective – it’s definitely not the way that s/he would do it. This makes perfect sense when you think about the way that we rise in corporations. We start our careers as individual contributors. We get better and better at this role until we go as far as we can and are recognized as stars. Depending on how ambitious we are, we look around and realize that the way to keep climbing a corporate ladder is to become a manager. And because we’ve excelled at our individual contributor jobs, when we raise our hands for that key promotion, we get rewarded with a team to manage.

When we look at the team’s performance, we can see the ways that they can improve. So we tell them what to do, and we try to make it easy for them by telling them exactly how to do it, even taking the time to list the tasks they need to undertake.

Unfortunately, we’re managing teams of humans, and healthy humans don’t automatically do what they’re told. “I’ve gotten where I am because of my own experience and judgment, so why is my manager all up in the minute details of my work?” In addition, most people prefer autonomy and perform better when they have it because it’s a powerful motivator. The result is that the team “rebels” or underperforms, and now everyone feels and looks bad.

We don’t do an adequate job of teaching our star employees-turned-managers that part of being a manager is letting go of their individual contributor responsibilities. We don’t always teach them that, while their individual contributor skills and methods are really valuable, as managers, they need to create the space and the guardrails for their direct reports to use their own skills and methods, which may look totally different from the manager’s, to be successful. We don’t teach them that a core responsibility of being a manager is collaborating with their direct reports.

Micromanagers can be successful and rise in the organization. While they may deliver the outcomes we want in the short-term, there is a cost long-term. They’re only able to coach people who think like they do, which means that they drive out valuable employees and build teams that share the manager’s blind spots. I’ve seen micromanager careers stall because of their reputations.

The best new (and experienced) managers I’ve seen provide clear direction on outcomes but coach on the “how,” allowing their employees the autonomy to choose the right path. Unfortunately, the success of this approach can be undone by the next new manager bad habit.

2. Lack of clear communication: Language is a funny thing. It’s supposed to make communicating with each other easier, and so, so, so frequently, it doesn’t. I’ve spent time at two different companies that have “Act like an owner” as a value. I don’t work at either of these companies, so I don’t know if there is additional clarification on that value, but I saw employees interpret it in a couple of ways. One is that as owners, we are careful not to waste the company’s resources. The other is that as owners, the company’s resources are our resources to do with as we please.

At the office, we feel certain we speak the same language and have the same context. Our company cultures might have been built with the intention that only insiders can understand the true experience of the company. This can be amazing and lead to an exhilarating cohesiveness in working toward and achieving the same goal.

The drawback is that we lean on the culture and the context too much and communicate our expectations in terms that are too general or are vague. We expect our teams to fill in the blanks, which they do with varying levels of accuracy, causing frustration. The unproductive conversation that follows (“I asked you to do X, and you didn’t,” “Yes, I did,” “No, you didn’t,” etc.) exacerbates the frustration. Sometimes it’s so bad, we put the person on a performance improvement plan and involve HR.

As leaders, we need to coach new managers on the importance of effective communication, especially in making their expectations clear with details or examples and confirming everyone understands. When circumstances change that have an impact on expectations, managers must reclarify and reconfirm. The line between micromanaging and effective communicating can be a tough one to grasp and may require additional support. For new managers, the next bad habit can exacerbate the first two and be a reputation killer.

3. Incomplete feedback: Incomplete feedback can fall into two categories: no positive feedback or no negative feedback. One of my favorite examples of the first is something a manager told me, and I saw echoed nearly word-for-word on Mad Men. I asked this manager for some positive feedback on a major win, and he said, “That’s what your paycheck is for!” I left that manager not long afterward (when employees leave jobs, they overwhelmingly do it because of their managers). When someone on the team has a win, we should recognize the person and the win. The paycheck isn’t enough to make up for squashed morale.

The flip side is failing to provide negative feedback. First-time managers can find themselves in the awkward position of managing people who used to be peers, are friends, are older, or have more experience than we do. To defuse the awkwardness and to avoid being a micromanager, we do a great job praising good performance and avoid giving honest feedback on poor performance. We’re either vague about areas of improvement, or we underplay the significance of the underperformance. We get away with this until review time, when we surprise our direct reports with ratings that are more negative than they expected. Direct reports feel sandbagged and lose trust in us. As a result, team morale and performance suffer.

This one is hard. We may age out of managing peers or friends or those older or more experienced than we are. As managers and leaders, we’ll always be responsible for the performance of our teams, and so the awkwardness never goes completely away. Everyone has to develop their own method of dealing with it. Companies can speed this up in a couple of ways: 1) create a basic checklist that contains the anatomy of effective feedback; and 2) provide a safe space where managers can practice. I don’t know anyone who walked into their first role as a manager and nailed giving feedback. New skills require instruction and practice.

These are the most common new manager bad habits I’ve seen harden into experienced manager bad habits. It’s bad enough to have the reputation of being a poor manager. What’s worse is that to become a leader, rather than a senior manager, we have to unlearn these bad habits that we may have been defaulting to for years. On top of that, we have to learn and execute the behaviors we know that the most effective leaders do: encourage curiosity, communicate effectively, collaborate consistently, and speak persuasively.

We’d love to hear about your experience with managerial bad habits and how that’s affected the way that you manage your teams or cultivate your leaders! (I’m also happy to share the many bad motorcycle habits I have avoided creating over the last four months.)